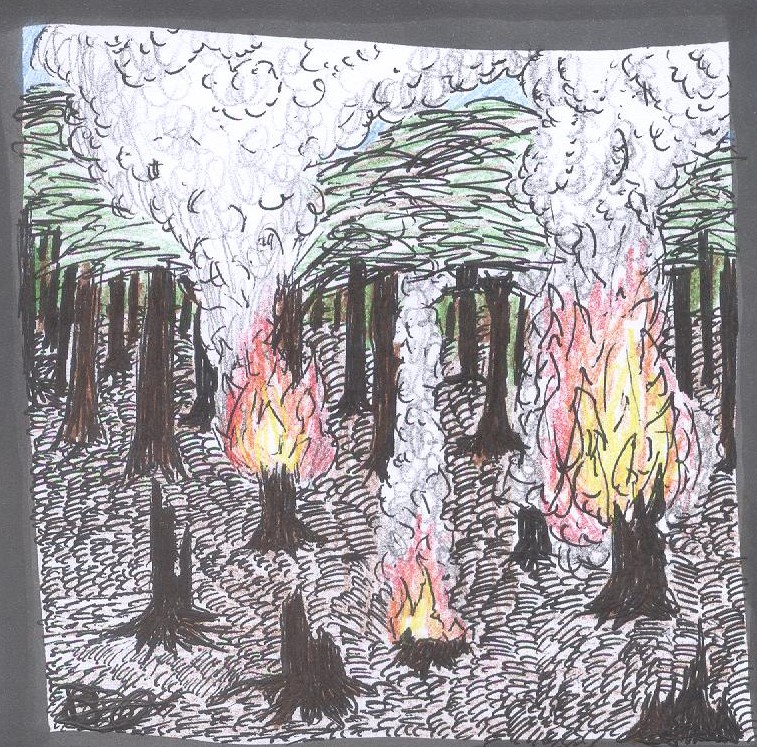 The world erupted in sorrow and frustration as the world’s largest tropical rainforest became engulfed in flames on Aug. 15. The Amazon Rainforest, located in South America, stretches across multiple countries and a whopping 2.1 million square miles of land. The corruption of the Brazilian government and the cattle industry has allowed illegal deforestation to contribute to the fires.

This is an enormous cause for concern because this rainforest, also known as the “lungs of the Earth,” absorbs 2 billion tons of carbon dioxide from the atmosphere which helps prevent climate change. When the trees in the Amazon Rainforest are burnt down, they release that carbon dioxide into the air, increasing the greenhouse effect, which is extremely harmful to our environment.

These fires are mainly consuming the rainforest in Brazil due to record amounts of deforestation in order to clear space for cattle farming and mining. Investigations of public records have shown that efforts to enforce punishments for illegal deforestation such as fines “by Brazil’s main environmental agency fell by 20 percent during the first six months of this year” according to the New York Times.

Far right President Jair Bolsonaro of Brazil campaigned on the basis of allowing miners to utilize areas of the rainforest for business profits, which is detrimental to our environment. During his presidency, deforestation has almost doubled and he suggests this evidence is false, causing more confusion and corruption within his country. If this rate of deforestation continues, “more than a quarter of the Amazon will be without trees by 2030,” according to the World Wildlife Fund.

Brazil has rejected the G7’s promise of $20 million dollars in order to help reforest the Amazon and combat the fires due to conflict with French President Emmanuel Macron. Overall, the Amazon Rainforest catching fire has major environmental impacts which increases air pollution due to increased illegal deforestation which President Bolsonaro has tolerated. This lenience of illegal and immoral practices needs to stop immediately to prevent more harm done to the Amazon Rainforest and the Earth’s atmosphere.