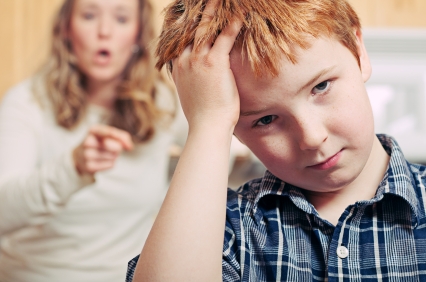 Some parents are always conflicted on how to deal with their teenager when they’re in trouble. Many use the “shame and blame” tactic that punishes the child for whatever happened in efforts that they won’t do it again.

However,  I believe this does nothing. The child instead of realizing a mistake and understanding why it was wrong, will be yelled at and possibly act out of spite. In Why Shaming Doesn’t Work, Krystine Batcho, a licensed therapist, explains how the teen mind works and the downfalls to this argument. Batcho explains how shaming can lead to broken relationships between a parent and their child.

The shame and blame technique does not work to change teenage behavior because teenagers need a safe place to talk not to be shamed. A teenager’s mind is still developing, and they will begin to think that everything they do is wrong, not learning about their mistakes.

Shaming is not necessary to guide someone’s sense of what is acceptable behavior.  Acting with clear knowledge that a behavior is unacceptable is often accompanied by feelings of guilt.

I believe the shame and blame technique was a time of the past and it’s time to change that. This tradition was based off a different generation and doesn’t grasp the same way in the 21st century.

My friend Ryan got terrible grades first tri this year. His parents were furious and took away his phone and he was not allowed to hang out with friends. Clearly they thought this would make him more determined and he wouldn’t get bad grades the next trimester. Yet, they didn’t tell him why grades were so important and how it affects his future. So the next trimester he got relatively the same grades. Shame and blame creates a never ending cycle, it doesn’t fix the problem.

Overall shame and blame techniques are an inefficient way to change teenage behavior because judging them on their decisions makes them feel like they are not able to talk about the situation to its entirety and never really coming up with a solution to the problem.