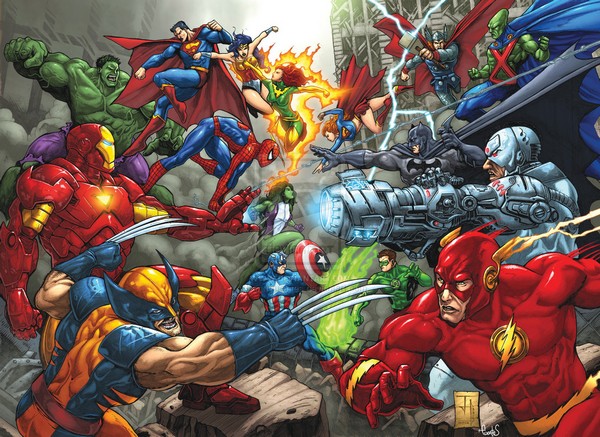 Ever since May 2, 2008, when the first Iron Man movie came out, the Marvel Universe has become a common part in culture and influenced many stories and companies. One of the companies they influenced was DC Comics.

After the success with the Marvel franchise, DC started making movies the same way as Marvel: many individual films leading up to one certain movie that will change the whole franchise forever. However, Marvel has done it so much better than DC.

The Marvel movies have a clear plot and there are always many scenes that are funny and fun to watch. They also focus more on the character development and, the characters are always more relatable.

DC focuses more on the hero getting the job done or the reputation of the hero more than the actual character’s emotions. For example in Batman vs Superman, Superman had to sacrifice himself to save the world but there was no emotion behind it, he just did it.

The stories behind all the Marvel Superheroes are all based on science. Tony Stark created the Iron Man suit. Captain America was injected with a serum. Peter Parker was bitten by the radioactive spider. Having the origins based on science can make the younger audience members believe that anything is possible.

However, a majority of DC’s heroes are born the way they are. Superman is an alien, and Wonder Woman was born with superhuman gifts blessed by the gods. This influences ideas such as ‘Heroes are born, not made.’

Marvel is a very influential part of culture and is unrivaled by any other company. They will continue to be the best for many years to come.