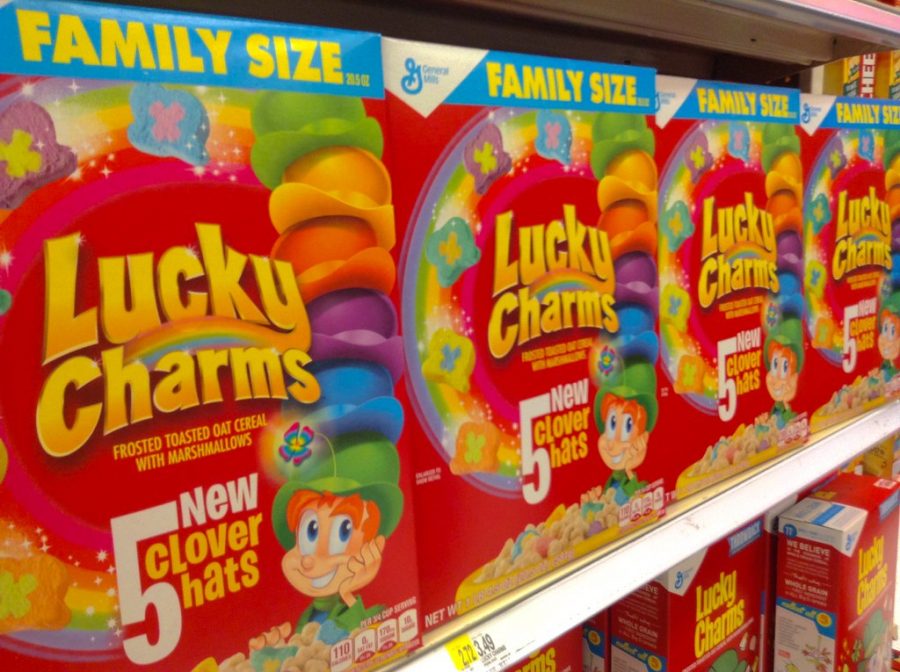 After growing up with eating classics such as Fruit loops, Captain Crunch, Apple Jacks, and Reese’s Puffs as well as so many more, its intriguing to see new boxes in the racks of our grocery stores. New cereals such as Honey Maid S’mores cereal, Hostess donettes, and Nutter Butter.

Along with brand new cereals, new spins on classic cereals such as Lucky Charms Frosted Flakes, Chocolate Toast Crunch, Cinnamon Toast Crunch, and Wild Berry Froot Loops have been released to give consumers a new taste in an old cereal.

Large Companies like Post, General Mills, and Kellogg’s have finally stepped up their game after years of the same cereals. Kellogg’s frosted Flakes came out in 1952, Fruit Loops were released in 1963, Cinnamon Toast Crunch came out in 1984.

“It’s nice to see new cereals after so many years of the same tasting bowls,” junior Eric Monqiust said.

“I think it tastes just like the real thing. Nice and crunchy but creamy at the same time,” senior Robby Williams said.

Instead of opening a new snack, just reopen the cereal box and whoop there it is, your favorite sweet baked snack.

New flavors combine the old mix with the new and increases peoples fascination for what else can come.