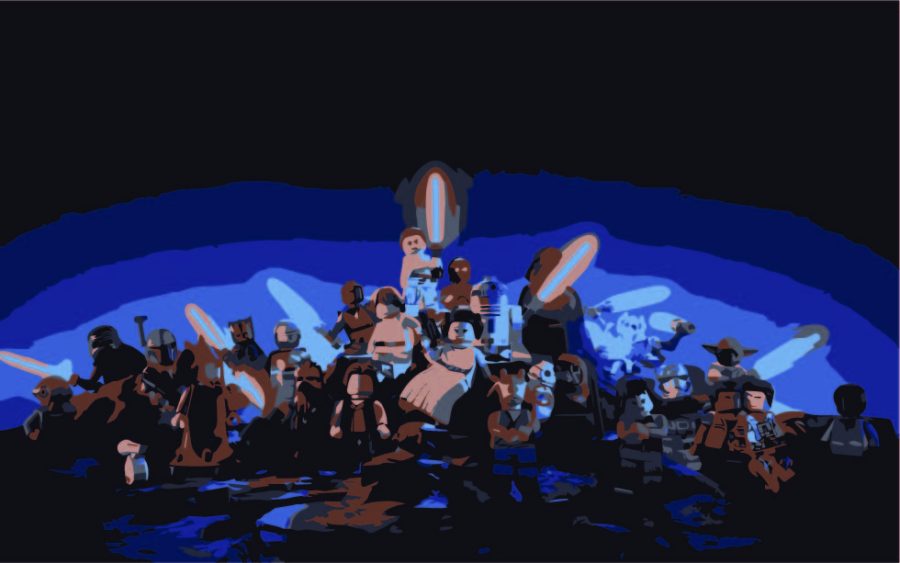 The game is on a majority of platforms, including Playstation, Xbox, and PC.  I purchased the deluxe version of the game for $60 for PC, which is about the average price of new video games nowadays.

The game features 380 playable characters, and because I had purchased the deluxe version, I got three extra character packs.  Players are able to play through all nine episodes, each having five missions per episode, totaling forty five missions throughout the whole game.  Along with that, players can explore 24 planets.  There are 69 starships to collect through missions or discovery, 45 micro-ships you can attain by collecting minikits in missions, and five capital ships.  To top this all players can fly these ships throughout the limitless Star Wars space.

One of my favorite missions to play through was based in Episode four, you’re flying an X-Wing as Luke Skywalker through the Death Star’s trench, with constant action from Tie fighters shooting at you, or the obstacles that would jut out from the Death Star’s architecture.

The game is one of the best games I have played in recent years, because it’s a Lego game and it adds a comedic twist to one of the most beloved film franchises.  I have played through episodes one through six, and I’m currently playing through seven.  I personally am not quite fond of the last three episodes, just because they’re based on the Disney Star Wars movies, which weren’t my favorite.

Anyone who wishes for a perfect open-world game should purchase the game and play through it.