Girls water polo puts up a tough fight against Carlsbad 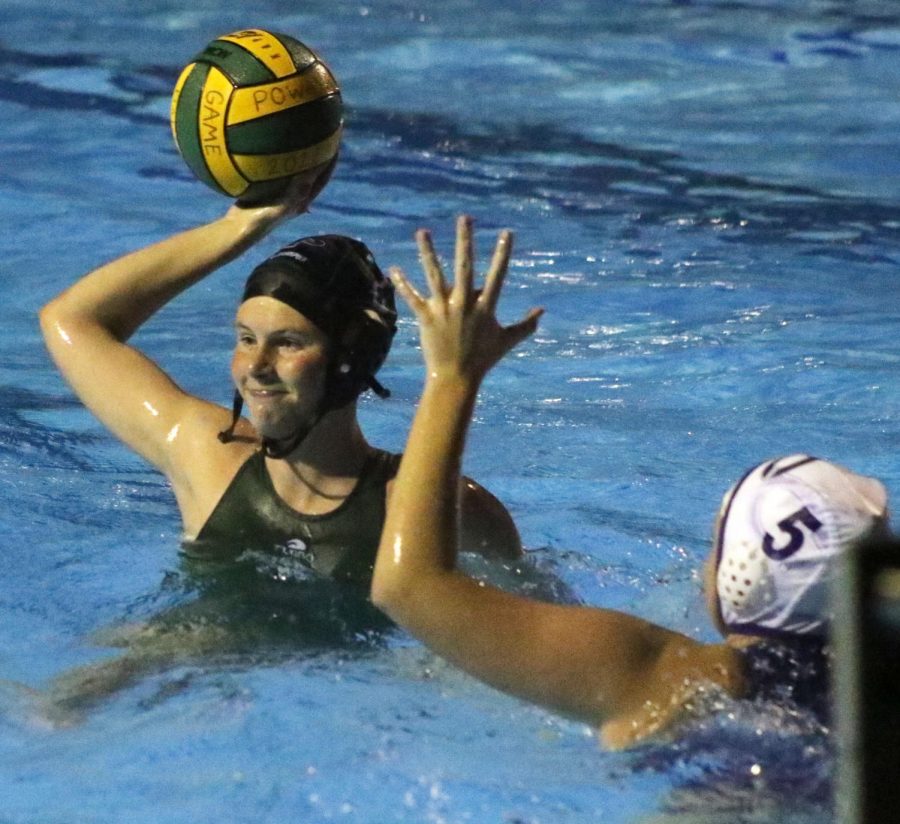 Junior Megan Couture helps move the ball by passing it to her teammate.

Poway took on one of the top ranked teams in open division Dec. 9. The game started off strong in the first quarter, with Poway keeping the score consistent against Carlsbad.

Unfortunately Carlsbad was a tough opponent for Poway. “Some of the girls on Carlsbad were playing dirty, one of them dislocated my jaw,” senior captain Lexi Burg said. “In Water Polo it is easy to get away with playing unfairly.”

Poway played Carlsbad in CIFs last year and ended up 14-6. This year the girls were proud of how they improved their score from last season to 13-8.

“Carlsbad is a really tough team to play, I’m really proud of how we did and the score could’ve been a lot worse than it was,” senior Hailey Caviglieri said.

So far this season, the girls have been short a few players. They started off the season with a small roster and have had a few injuries later forcing them to switch around their game plan.

Usually they have two or three girls that focus on scoring, but because of injuries their responsibilities shifted, and now there is pressure on all of them to score goals.

“This game was different because I felt like everyone had to step up and do something that they weren’t used to. I felt like we could’ve done a lot better if we had our usual team dynamic, but we worked with what we had and I’m proud of how we did,” senior Allie Schreiber said.

The ending score of this game was 13-8, overall Poway played really well and put up a strong fight against Carlsbad. So far this season the girls are undefeated at 4-0.