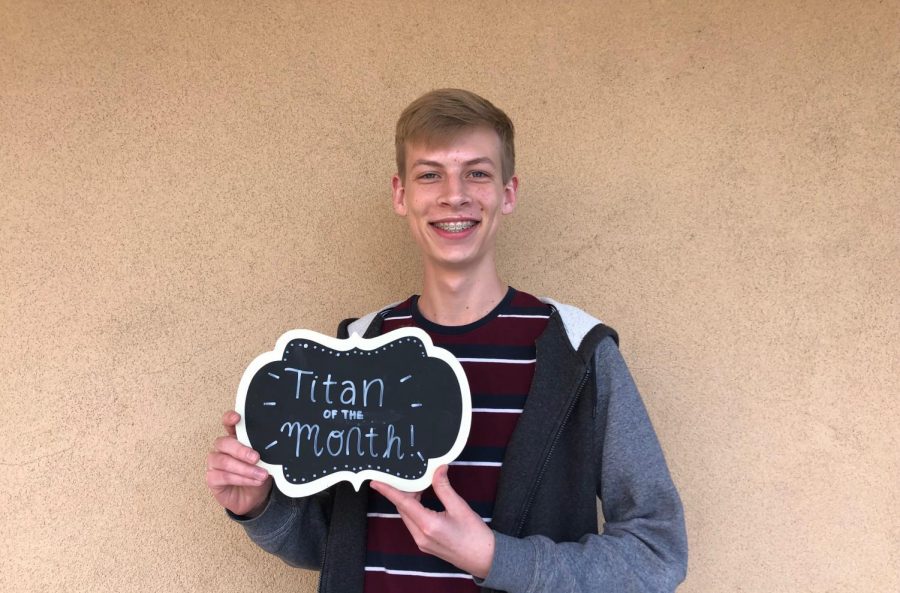 Junior Ethan Champion was selected as a Dean’s List Finalist at the San Diego robotics regional in Del Mar on March 6.

This award is given to the most distinguished and impactful student of a robotics team. The process for being nominated for this award starts with the team deciding which of their students has impacted the community the most. Then, the team has to write about the students accomplishments and work in the community. At the regional, the student then presents what they have done in front of a panel of judges.

The goal of each nominee is to spread the message of FIRST (For Inspiration and Recognition of Science and Technology) in their community and worldwide. In the Poway Community, Champion taught a coding program at Valley over the summer, and mentored a First Lego League team and tutors a student on that team. He also created a project for teams in Benin, Africa to learn and practice skills involved in robotics and serves as Design Lead on Team Spyder.

“I’m really glad that FIRST chose me to represent them, and I am grateful for the opportunity to compete for the Dean’s List award at world’s,” Champion said.

The winners of this award go the world championship which takes place during spring break in Houston, Texas for one of the ten final spots as Dean’s List Winners. Some of the perks of winning Dean’s List is a house tour of segway, slingshot, and iBOT inventor Dean Kamen’s mansion by Kamen himself.

“I hope that with this award Ethan gets plenty of scholarships and has to opportunity to study engineering and change the world,” robotics mentor, Todd Parr said.

Champion not only avidly participates in Team Spyder. He also is a black belt in Kenpo Karate, involved in math team, computer science club, and NHS. He is the PR officer in Physics Club, he won third in a congress tournament for Speech and Debate, and is the President of Aerospace Club.

“I am so proud of Ethan. He has worked so hard and our team cannot wait to see what he accomplishes moving forward,” junior Myra Ashraf said.

Champion hopes to go to CalTech to further his education in Mechanical Engineering.