Dune takes over the sci-fi genre 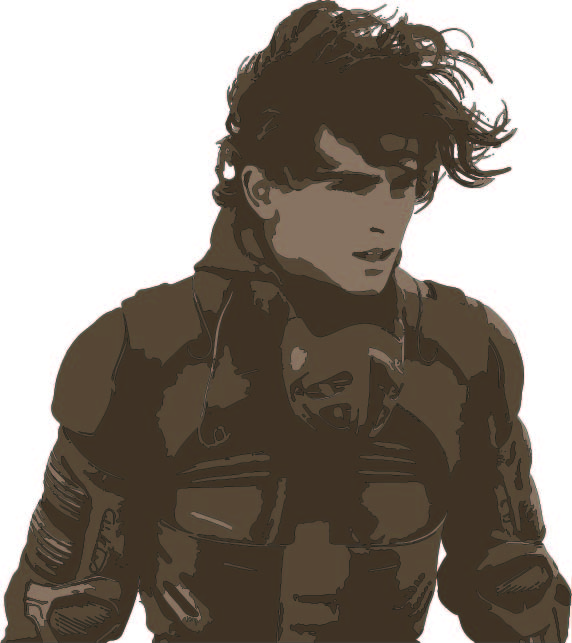 With Sandy worm monsters and beetle spaceships, Dune hit theaters and has fans roaring about its cinematography and star-studded cast, including Timothee Chalamet, Josh Brolin, Oscar Issac, Zendaya, and many other talented actors.
The expectations for this movie were very high. With a budget of $165 million, everyone expected beautiful world-building and great acting. Dune is a franchise based on the books written by Frank Herbert.
The Dune world is very complex and has many characters and different environments. It takes place in a futuristic environment in which lands such as Arrakis are inhabited by political houses. The main house, Atreides, is where main character, Paul Atreide resides.
The movie’s run time is about 2 hours and 35 minutes, and it covers a lot of exposition. It introduces many characters at once and that can get confusing if you are not fully paying attention.
Dune’s pacing is actually very nice, and scenes feel important since there is a lot of build up throughout the movie.
Dune is about a young leader, Paul Atreides trying to find his footing in the lands. His house is Atreides and they need to inhabit the new land of Arrakis. This comes with many difficulties and enemies as there is already a group of people there — the Fremen—and they are extremely dangerous.
One of the complaints some viewers have is that the movie ends right in the middle of the story. While true, this is the director setting up for the sequels to come. Dune 2, already confirmed, will clear up most of the story laid out in this movie.
Overall Dune is a great way to start a franchise and build hype for a new series of movies to come.
It is playing in movie theaters and streaming on HBO Max for subscribers.