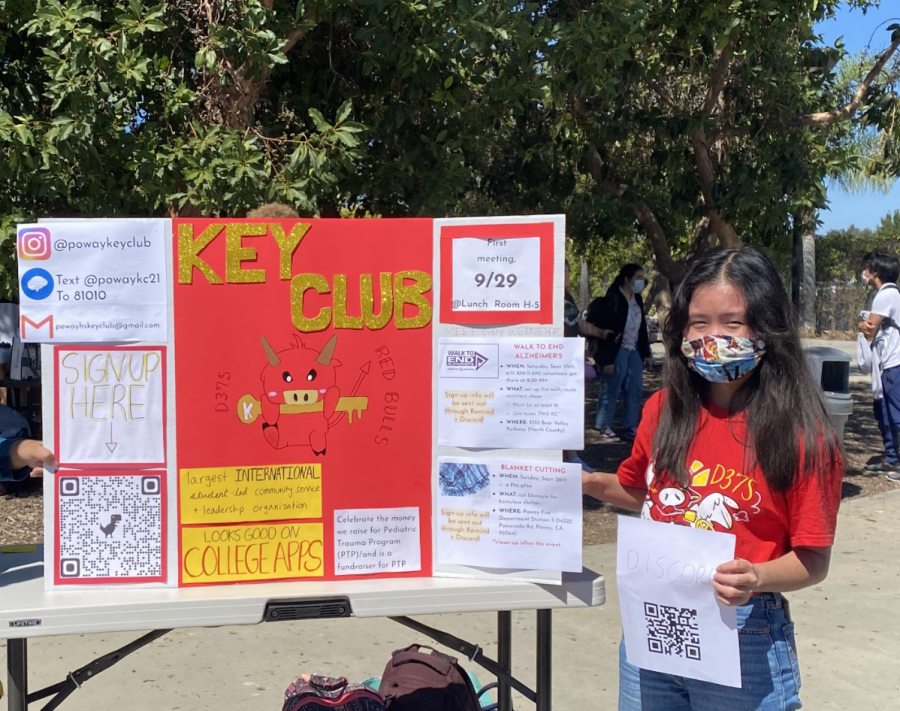 Picture walking into Mr. Coleman’s room every Wednesday expecting to see a kind smile and encouragement from a leader that wants to change her world for the better. With multiple AP and honors classes on her resume while being the president of Key Club and Asian Student Union (ASU), many would say that Ashley Thai is an extremely talented individual because of her ability to succeed in school while being a proactive leader on campus.

Thai aims to create a positive impact in her clubs in order to create change on campus. “As president, I wanted to provide a welcoming atmosphere like those that did before me. That’s what really got me to stick with Key Club,” Thai said.

She has changed as a person through the work that she put into the club through community service and Key Club initiatives. “At the RTC (Regional Training Conference) my sophomore year, we learned all these spirit cheers and competed in a spirit battle with other divisions. From then on, community service didn’t feel like a chore for college, but something I’d look forward to on my weekends. I started to reflect on the reasons behind the projects we did in Key Club, and it became more meaningful,” Thai said.

Thai has made it a goal to change Key Club members’ views on volunteering and putting in hours of their time to various causes. “I said to the members that their perspective on community service can change their motivation to continue serving their community. We also do many other things,” Thai said.

Besides doing clean-ups and doing community service, she also participates in various initiatives through the club. “For example, in September we made blankets for Crisis House which is a homeless shelter. We also usually fundraise and support a charity called Pediatric Trauma Program (PTP),” Thai said.

Additionally, Thai also started Asian Student Union here this year after the rise in Asian hate crimes around the nation. “The Atlanta spa shootings helped give me the final push to make the club, but the idea to start it began way before that. At the start of the pandemic, I think the Asian hate crimes were largely overlooked in the beginning, and that’s when it was at one of its worst,” Thai said.

She started the club in hopes of educating students on Asian-American culture and current events. “I learned a lot about my parents’ history, and therefore my history. I wondered if other kids knew theirs. I don’t know many Asian kids in our school, and I want to help them discover their histories, whether that be through facets of Asian-American culture or simple, silly clips of Mulan,” Thai said.

Cabinet members of Key Club and ASU say that Thai is dedicated to the clubs that she runs in addition to being a supportive leader and friend. “She is willing to be honest and work professionally by giving us criticism and deadlines that other board members have to complete within a given period. If the task is not completed, then Ashley will not hesitate to help or to give us advice,” Key Club vice president and ASU secretary senior Aditi Verma said.

“Ashley is a fantastic president. She is extremely dedicated to making the club run smoothly while still ensuring all our members have fun. Ashley is one of the kindest people I know. She also has a fantastic sense of humor and is wonderfully creative. I feel blessed to be her friend,” Key Club treasurer and senior Kate Christensen said.

Having been doing Key Club for the last four years, Ashley is hopeful for the next chapter in her life after she passes on the reins to the next president in March or April of this year. “This is my last year in Key Club and my journey ends as president. There are so many higher levels of Key Club, and I want to stay connected to high level members. Key Club allowed me to see how I can impact my community directly, and I can’t be more grateful to Key Club for allowing me to do that,” Thai said.