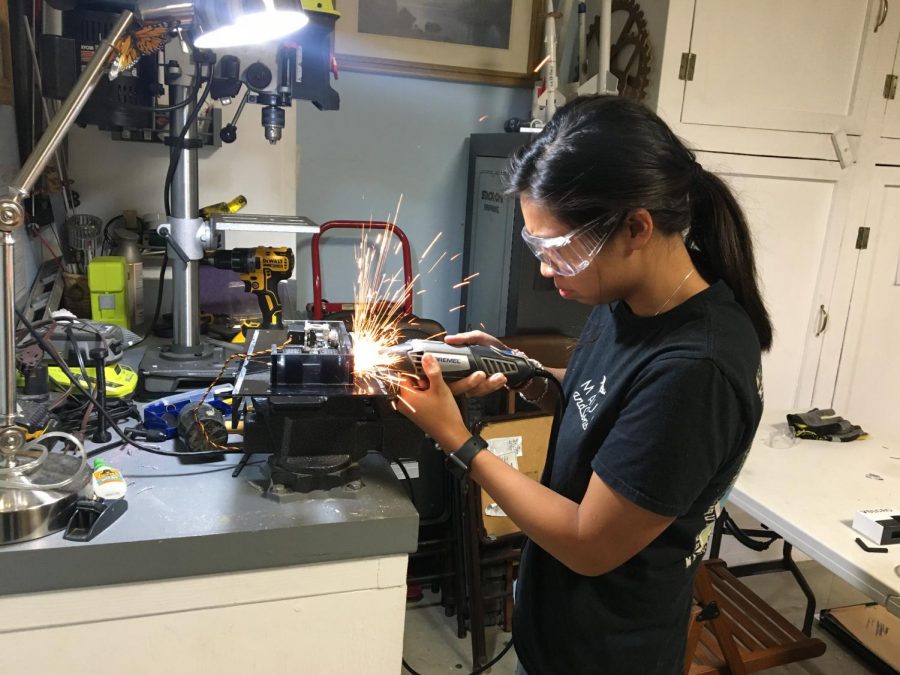 Madalyn Nguyen’s passion for robotics began in 6th grade in First Lego League, but she soon began working on the Poway High robotics team by 8th grade. With the higher level came many challenges.

“Being a woman involved in STEM exposes you to stereotypes and countless odds stacked against you,” Ngyuen said. Things like harsh comments or have less experience than those around her are some things she struggled with.

With many teams and environments being male-dominated, flourishing is an intimidating feat.

She loves the experience of being on a team and traveling around the world to competitions. She  describes one of her favorite competitions in Hawaii and the thrill of accomplishing something together with her teammates.

After high school she plans on majoring in computer science at her dream school Caltech.

According to junior Kenneth Viski Nguyen “ strives to make the team better,” and “Makes sure that everyone has what they need to be successful in their goals,” Viski said.

Being in a leadership position for many years, Nguyen put lots of work into designing and creating the team’s robot. She is also very involved in the business aspect, assisting with public speaking and presentations.

Her natural interest in engineering contributes to her impeccable leadership skills, setting a great example for robotics veterans and rookies alike.

Coach Rodger Dohm speaks highly of Madalyn, describing her as a leader by example. She can mentor a team to success, work on the robot, and organize outreach events.

¨Not all girls have the awareness and drive that she does,” Dohm said. ¨Being at home limited her abilities, but she still made it happen.¨

Even behind the scenes during the height of the pandemic, Madalyn continued helping the team in the highest capacity she could. Leading meetings, keeps the goals of the executive board moving forward, and holding up the NCWIT (National Center for Women & Information Technology) and Women in Engineering programs are a fraction of what she has assisted in.