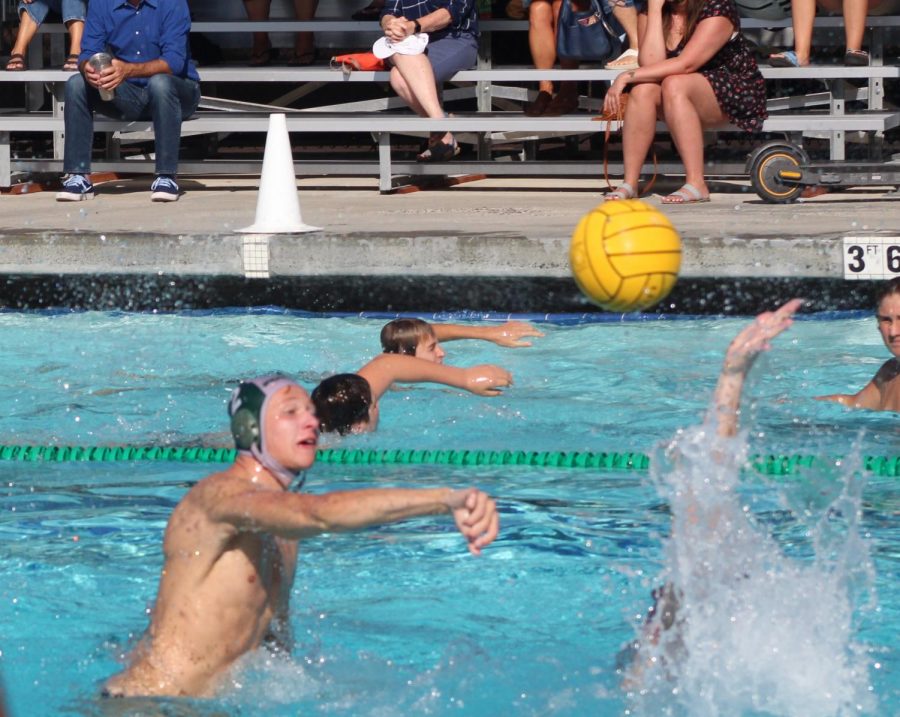 With the clock winding down in the third quarter, senior varsity captain Jack Fahlsing shot the ball and hit the back of the net Sept. 15. Poway won 16-3 over Classical Academy in their first true home game of the fall season after a five-month pool renovation.

After losing three consecutive games on the road, the Titans opened their Sept. 15 match with a five-goal first quarter and held a 7-0 lead at halftime. They now own a 6-3 record this season after winning the D-1 championship last season.

“We have really high expectations for our team,” Varsity Coach Austin Farkas said. “I think we’re a little more hungry now [for another championship].”

Their toughest opponent was Mar Vista, who they fell to in the finals of the __ Tournament, Falhsing said.

During the renovation of the Titan Pool, new banners among other new decorations were added.

However, the Titans were very happy to play back on campus when they won by a season-best 13-goal victory.

“It was great to be back at our home pool representing our team,” junior goalkeeper Charlie Struhs said. Struhs kept Classical to a season-best three goals.

“All our teammates performed well … we were locking down on defense and running immaculate offensive plays which really led us to win the game,” Struhs said.

They will look to build off their largest win of the season, as they ranked second in division and sixth in the San Diego Section, as of Sept. 20. They’ll have to face Torrey Pines, Canyon Crest Academy, Mission Hills, Del Norte and Rancho Bernardo in the remaining five matches.

The next and final home game of the boys’ water polo schedule will be played Oct. 1 against Canyon Crest Academy at the Titan Pool at 3:30 p.m. before they finish the season at Del Norte and Rancho Bernardo.