How One Gives Back

The story of a filmmaker and her drive to educate on progressive issues. 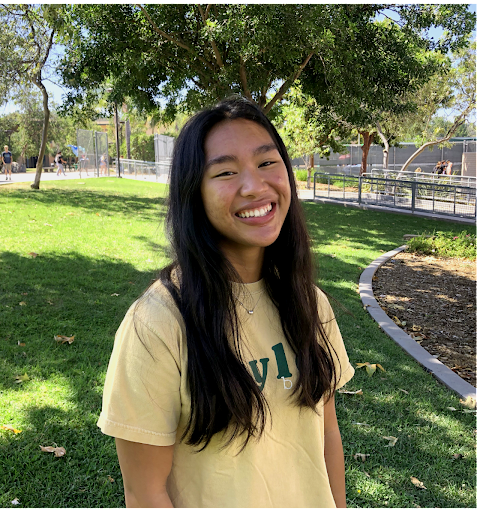 As the Black Lives Matter movement in 2020 began, Americans all over the country desired to educate themselves on social issues. Hailey Jose was no exception.

Joining the internship program Real Voices in the summer of that same year, Jose and other students undertook the challenge of creating a documentary on a topic of their choosing.

Meanwhile, an account by the name of @blackinpusd was gaining popularity on social media, designed to tell stories anonymously from students who had been victims racist remarks.

“I decided this was a really great opportunity for me to share the voices of POC [People of Color] students,” Jose said, recalling her experience of working on the film. “The main focus of the documentary was the experiences of students of color in a predominantly white school.”

When researching and interviewing different Poway Unified School District (PUSD) students, Jose dealtwith raw subjects while filming.“The thing about my documentary was that it was extremely intimate. A lot of the students I interviewed are sharing something that’s uncomfortable, past experiences of microaggressions or racism on campus which no one wants to talk about.”

Personnel in charge of the Real Voices internship submitted the documentary to many film festivals, including Do It Your Damn Self (DIYDS), a national youth-produced film festival in Boston and the All American Highschool Film Festival where Jose’s film will be shown in a theatre on Times Square during October.

Many students here appreciate Jose’s accomplishments. “Since I’ve known Hailey since we were elementary students, I’ve seen her grow as a person and I’m super proud of everything she’s accomplished and learned over the year. This documentary is definitely just the start of her future and I couldn’t be happier for her,” said senior Aleya Castenon.

“When it comes to making differences in the world, Hailey puts all of her dedication, ambition, creativity, passion, insightfulness and wholehearted compassion into her work,” said 12th grader Hannah Nguyen.

If Jose’s work tells students anything, it’s that the future of filmmaking and social progressivism is in good hands.