The Languages of Mr. Velasco

How a new teacher is bringing culture to Poway High. 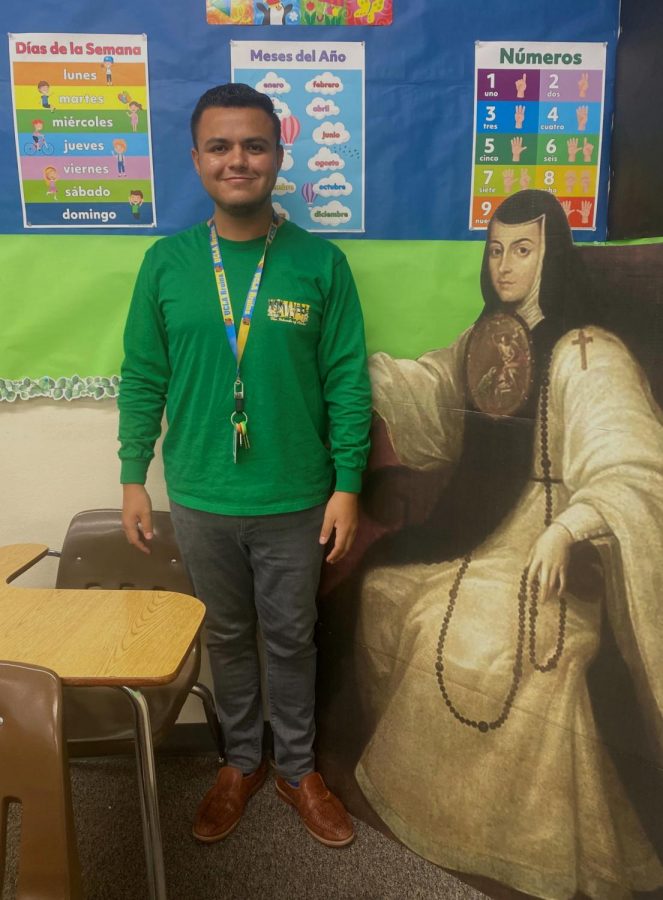 In only a few weeks, Velasco has already made an impact on many. Freshman Jake Ramirez appreciates how he often checks in on his students. He has also made a strong impression by only ever speaking Spanish during class.

“He does a lot of funny things,” Ramirez said., “I’ve only ever heard him speak in English once the entire time that I’ve been in his class.” His humor and chuckle have quickly become an important and recognizable part of campus.

Born and raised in Mexico, Velasco has been speaking Spanish his entire life. He also plans on learning Portuguese in the future.

Velasco is not only fluent in English and Spanish, but is also currently learning Russian. He is fascinated with how different the culture is in Russia. He says if he could travel anywhere in the world, Velasco would choose its capital, Moscow.

“The best way to learn a language is to experience the culture,” Velasco said. This statement is a common sentiment among the world language teachers at Poway High, as many urge their students to put their knowledge to use whenever possible.

Although she misses her lifelong friend Theresa Jolk, who retired last year, Spanish teacher Kelly Hofmaister has nothing but good things to say about the new teacher.

“He is extremely smart, friendly and eager to share his language and culture with our Titans,” Hofmaister said. She also noted that Velasco is humble, talented and a team player.

Throughout his experience being a teacher, Velasco’s favorite thing about his job is the students. Getting to know students from all different backgrounds and experiences makes his world. “To have the opportunity to teach them, for me that’s beautiful.”