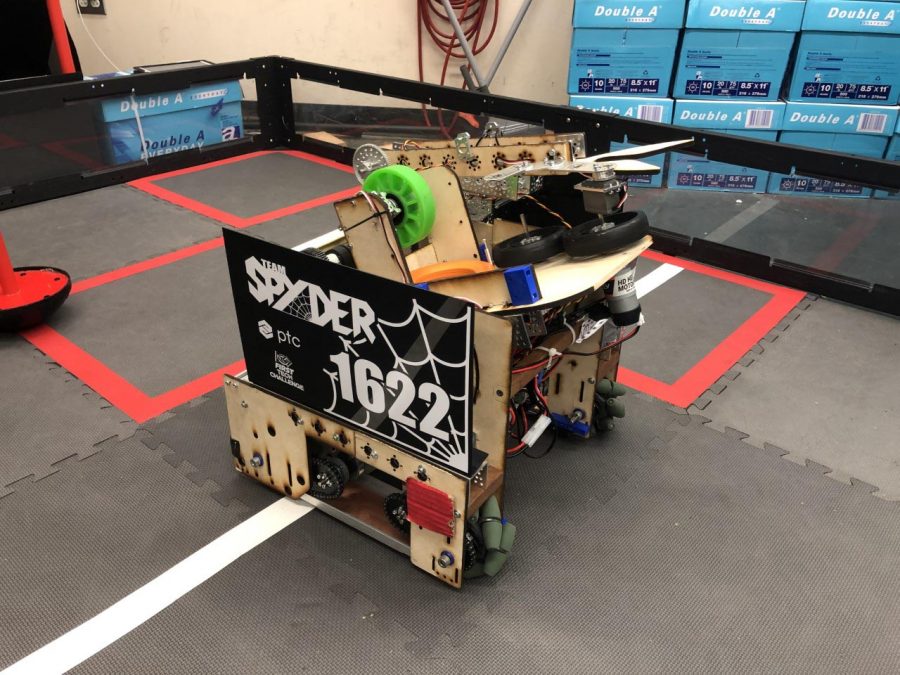 Logging into Zoom, young engineers prepare to learn about robotics. They are determined to code, program, and do many other things they could not learn in a normal classroom. On June 5, Poway High is hosting a robotics and STEM (science, technology, engineering, and mathematics) virtual summer camp from 9 a.m. to 12 p.m.. Robotics also has been competing virtually and in person to win many awards.

Students in grades four through eight are given an opportunity to join this camp for free. Its main goal is to inspire young students and make learning about robotics and STEM fun.

¨Our goal is to get kids excited about STEM and exposure. They will also be learning about many different things featured in robotics,¨ robotics coach Rodger Dohm said.

The camp is virtual this year because of the pandemic. Students can access the Zoom by scanning the QR code on the Poway High website.

All competitions this year were also virtual. Team Spyder sent in videos of their robot doing different tasks such as collecting and shooting balls.

“We built onto last year´s robot for this year´s virtual competition, and also mentored teams throughout the year,” senior Mois Cohen said.

Team Spyder achieved many awards this year including the Chairman´s award, the highest given at an FRC regional competition, and the Quality award for the machine’s robustness in concept and fabrication. The women’s team also earned various awards such as the SWENext STEM in action award, and the Local Innovator award.

¨I think it was cool to be chosen for the SWENext in Action award especially because there was a lot of good competition and it is very motivating to be highlighted as a woman for an engineering award,¨ junior Madalyn Nguyen said.

Competitions have recently returned to in-person, their most recent being in April, in which they received regional awards. Overall this year, team Spyder had to reduce the number of in-person events and travel to other countries for outreach like they do every year.

Goals for team Spyder include becoming the next generation of leaders that are prepared to inspire global change through STEM education. They will do this by developing leaders by conducting local and global outreach to serve the underrepresented and underserved in grades K-12. Also, they hope to promote inclusivity in STEM and to educate females in STEM.

Team Spyder is applying their skills to better the world around them, starting with educating future generations through their summer camp. These upcoming engineers will be the next leaders to continue this serge to promote diversity for disadvantaged groups.