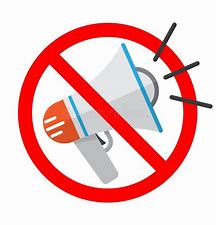 When 14-year-old Brandi Levy took to Snapchat to vent her frustrations about not making it on her high school’s varsity cheer team, she never imagined that it would lead to her suspension. Although Levy used coarse language, she thought that expressing herself would be safely kept between the 250 people that could view her story.

Despite this, the head coach of the cheer team found out about Levy’s short rant and immediately reported her to the administration. Levy was suspended soon after.

Levy’s parents then brought the case to court, claiming that Levy’s right to free speech should not have been limited by her school. Because of Levy’s case, the Supreme Court has been forced to reevaluate the right of schools to limit the speech of their students.

So the question arises: Should schools be involved in social media speech issues that take place off-campus?

For many Titans, the answer is yes – to an extent. While we do believe that speech harmful to the school or to other students should be limited, we do not believe that Levy’s suspension was justified.

Where matters of safety are concerned, schools are expected to take action. However, when students are expressing their harmless opinions online, which everyone is allowed to have, schools should not concern themselves.

If the coach felt insulted by her rant, she should have taken the time to have a constructive conversation with her, but having her face suspension was excessive.

Although there are definite pros to censorship by schools on social media, there are quite a few cons as well.

Many Titans believe that allowing schools to punish students for speech on social media will place even more restrictions on their First Amendment right.

Students already cannot truly speak freely on campus, so limiting what they are allowed to say in the comfort of their homes seems outrageous and invasive.

While the Iliad staff believe that certain speech off-campus should be condemned, and that they are responsible for students until they step foot in their homes in local parentis, many of us also believe that off-campus issues should not be dealt with by schools.