Find Out What This Month Means To Titans 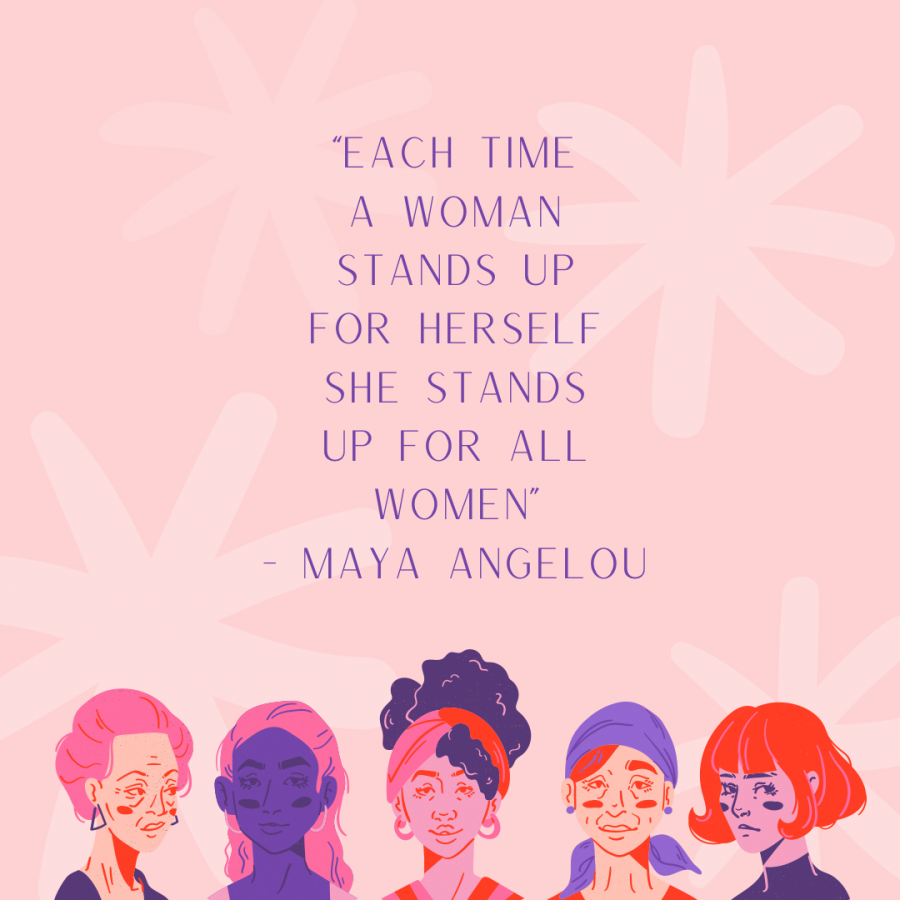 Unlike other months highlighting marginalized groups like the LGBTQ and Black community, Women’s History Month often finds itself overshadowed and forgotten. But, with the recent need to uncover all versions of history, this month has become a greater topic of discussion. The month celebrates women for their contributions to society and the culture.

One of the biggest contributions women have given society is feminism. The movement all about women’s emancipation has deeply affected every single woman in the future and in the past.

The wonderful thing about feminism is that it frees women from these identity constraints. All the work of past women to liberate future women has resulted in the ability to choose how girls define themselves.

All the girls would consider themselves a feminist. All the past efforts have greatly impacted their lives; in the workforce, STEM, and even more. “All the hard work women have done over the past years to earn this equality and most importantly respect, is really starting to show now,” Madrid said.

For Burgos, the movement has strived to bring equality amongst women and men. Its influence. “Has helped influence more women to join stem majors,” Burgos said. For others, it’s about the connection women feel with other women. The ability to support other women as well as fight alongside them in the continuing fight for equality is the best thing feminism has given the world.

While connecting with other women through shared or personal experiences, senior Emily Faye Jose deems the feminist movement as the start of her being proud of herself. “[Feminism movement] ultimately has helped me gain more respect for my own body and identity,” Faye Jose said.

One of the many benefits the feminist movement has given girls of the 21st century is the right to vote. “This allows girls to express their opinions vocally and participate in politics,” Sanchez Rojas said.

Others consider themselves as womanists; which is a social theory based on and supported by women of color, specifically black women. Womanism is the smaller, specialized version of feminism that tries to highlight the distinct problems WOC has to experience on the regular basis.

“I am more of a womanist than I am a feminist, a lot of inequality affects women of color and I do feel that their voices are often overshadowed in the media,” Sanchez Rojas said.

Although womanism v.s. feminism may seem like more division, both seek to protest against any wrongdoings in their communities. At the end of the day, “anything that goes against the fundamentals of human rights is an issue to be addressed,” as Gonzalez said. Any human rights issue is a womanist and feminist issue.

This month is also for remembering the strong women that have helped create a society and the world. These women have done incredible things in their fields and for all womankind. Burgos wants to highlight Marie Curie. Curie a pioneer in research in radioactivity highlighted.

“Michelle Obama has always been and forever will be my role model,” Faye Jose said, adding the former first lady to the list of women. Another name on that list would be Nzambi Matee, added by Gonzalez. “She is a Kenyan woman who has been able to create bricks out of plastic that is stronger than concrete,” Gonzales said.

Finally, going local, Sanchez Rojas wants AP Spanish teacher Ms. Tovar highlighted this month because “she is a hardworking teacher who is passionate about her students,” Sanches Rojas said.

In the end, this month means a lot to these students. “This month means to me that all women, especially those of color to be highlighted and recognized for going through all obstacles women have to go through every day,” Madrid said.

On behalf of the Iliad Staff, Happy Women’s Month!