Ryan Whitson Earns His Place in the All-National Honor Ensemble 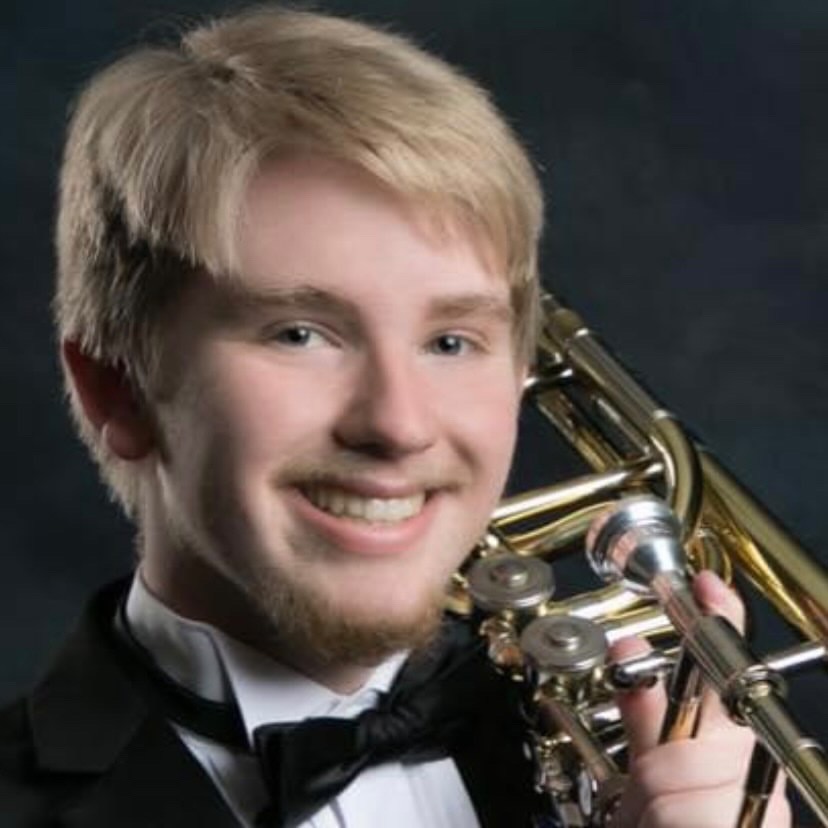 Ryan Whitson, a talented bass trombone player was selected by the All-National Honor Ensemble to perform virtually In March.

Ryan was worried yet confident after his audition, “I was anxious, it was very stressful until the email came out and it was a sigh of relief,” Senior Ryan Whitson said.

Whitson had been working towards being selected to join the national ensemble since December of 2019. “I practice every day for an hour or two a day on several different trombones,” Whitson said.

There have been many struggles for Whitson. Hee misses practicing in person and performing in front of an audience. He even feels frustrated towards practicing on occasion, he would listen to other people play to help motivate himself, and he would keep pushing forward.

His passion for music began at a young age. Whitson started by playing the viola at the age of four and he fell in love with music. It wasn’t until he moved to California from New York when he was eleven years old.

He picked up the trombone at that point.“I thought it was cool, and I can play the entire range, the closest thing to the human voice.” Ryan explained. He was infatuated with the trombone and immediately fell in love with the instrument after playing it.

Ryan accomplished his goal to become one of the 140 people in the symphony orchestra made up of 140 high school students from across the country.

He celebrated the success with his family and attributes his success to his private trombone teacher Sean Reusch, who has been helping Ryan since he was in seventh grade. “He is very focused and very passionate about music and just a really hard worker,” Reusch said.

Music director Mike Cook has also been supporting him as well, “I was elated! Ryan is an extremely hard-working and talented young man. Ryan makes us all very proud to be a Titan.” Cook said.

Whitson’s Musical career will not end in high school. He hopes to attend a musical conservatory. He applied to many, with his first pick being the San Francisco Conservatory of Music where he will audition and be interviewed. Whitson eventually wants to pursue a career as a musician and join a symphony orchestra.