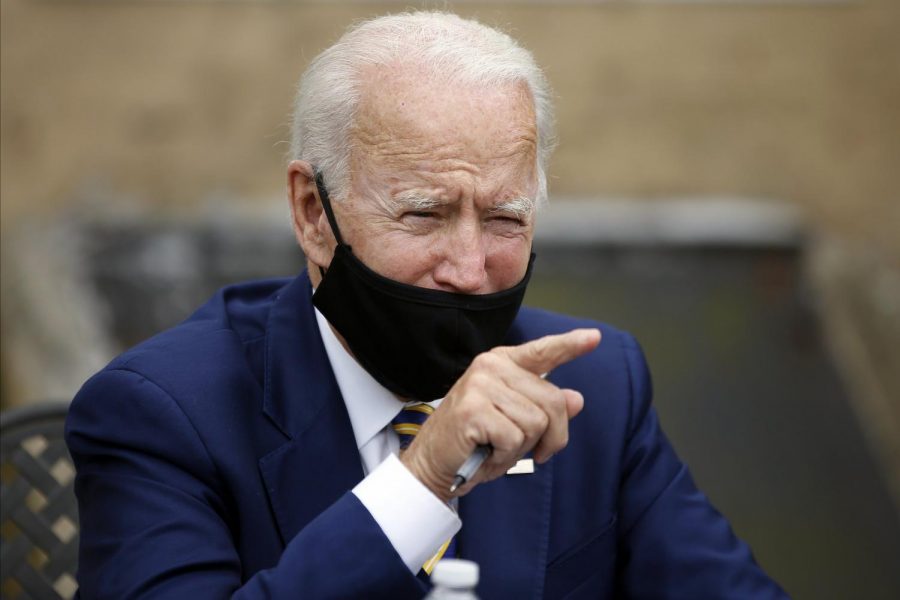 Biden wears his mask under his nose while giving a speech

President-elect Joe Biden recently announced his plan to force American’s to wear masks for the first 100 days of his presidency. In his three part plan, Biden details how he plans to deliver the first 100 million COVID-19 vaccines, to instate a mask mandate for governors to abide by, and how he will be opening schools in his first 100 days as president.

In my opinion, the main takeaway from this should not be “you should or shouldn’t wear a mask during the 100 days”, but it should be to realize how much credit Joe Biden is taking from Donald Trump. Trump has already made promises to the American people to open schools, and deliver even more vaccines in less time to American citizens. Biden’s mask mandate will not be enforced, therefore making Biden’s’s “mandate” no different than health officials asking people to wear masks, similar to the current situation.

Trump has allowed states to designate when it is safe to re-open schools. Take for example, schools in PUSD (Poway Unified School District). PUSD schools will start allowing all students on campus starting before inauguration day, and many other schools that are low risk have been able to open. Doanld Trump allowed governors to designate when it is safe to open so schools can open even faster, depending on the speed at which vaccines are distributed.

Along with this,  Trump recently signed an executive order for the vaccine manufacturers to prioritize America, before supplying to other countries. Trump’s distribution plan seems much more effective for influencing our entire country’s reopening, rather than just schools, thus influencing rapid economic bounceback.

Joe Biden also plans to instate a mask mandate starting on Jan. 20, and ending on April 30. The issue with this is that there are no plans to enforce this mandate, so his “mandate” will become more of a suggestion, which is where we currently find ourselves.

Currently, there is no federal offense for not wearing a mask, but states are allowed to designate how they punish people who do or do not listen to healthcare professionals.

Joe Biden is taking ideas from Trump’s COVID relief plan, and in some cases worsening those plans. I expect for Biden to claim many things as his own, despite them being things done previously, or by other people during his presidency.