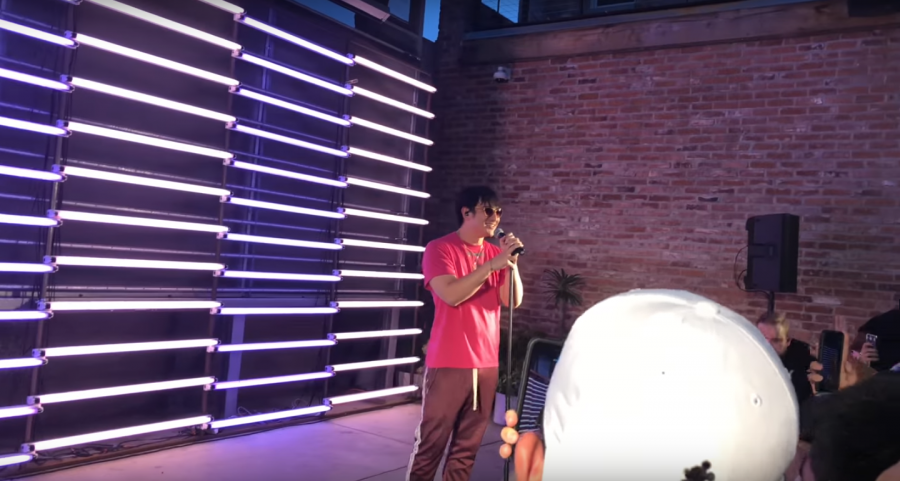 George Kusunoki Miller, better known by his stage name “ Joji “  recently dropped his sophomoric album “Nectar.” After a two year wait, fans were ecstatic to hear more from Joji after his first album Ballads 1 made him popular to the public. Although the artist is said to be an R&B/Soul singer, he greatly experimented with style and vocalization during this project and incorporated the alternative/indie genres into his album.

By covering a variety of deep topics throughout the album, it becomes very easy for the audience to relate to the lyrics and the deeper meaning that is embedded within the songs. Writing about topics such as heartbreak, stress, and self esteem issues shows vulnerability that Joji was not afraid to express with his audience.

Along with the incorporation of new genres, the artist also took a different approach from his past projects and established a focal point on his voice and singing techniques rather than the instrumentation. Instead of focusing solely on the background effects of each song, there was a nice blend of vocals and rhythm to each song that made it easier for listeners to capture and visualize the idealization behind each of the songs.

Another great aspect about Nectar was the ongoing change of moods that occurred as the album progressed. By starting off with rich vocals and high energy in “Ew” and slowly transitioning into softer ballads and deeper subjects seen in “Like You Do,”Joji  keeps listeners synced in and wondering what the next song will be like.

A negative for this album would be how lengthy it is. A 53 minute album, with 18 songs might seem like the jackpot, but there seems to be a lack of depth about halfway through. After the first half of the album, it is evident that some of the songs in the middle are sort of “filler songs” and don’t really bring anything special to the project.

Whether it be a lack of correlation with the theme, or simply the fact that half of the song is just instrumentals as seen in “Reanimator” there is a select number of songs that could probably have been left out or released as an EP together instead of being included.

Overall the quality of this album was excellent. With the incorporation of different genres and evolving themes throughout the songs, there is bound to be something for listeners of all genres and ages to like. As Joji’s second full album, it is a defining moment in his career and it has clearly helped him decide what route he wants to take with his music.