The Explosive Energy of C4 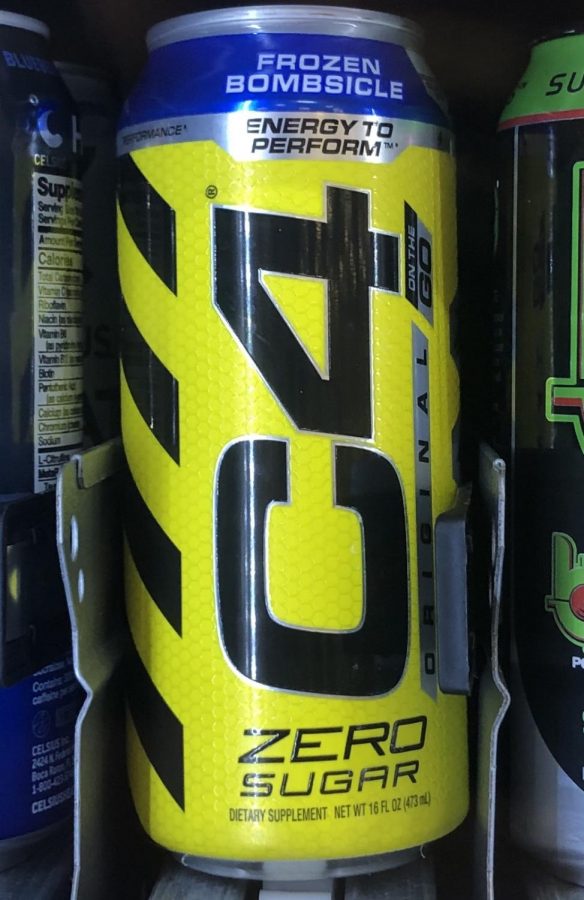 This C4 energy drink is sitting in the vending machine at LA Fitness. It waits to fuel the next person who comes into the gym.

The rush of power, the feeling of euphoria, and the energy to conquer the world are just a few of the effects that drinking a C4 can give you. C4 is an explosive energy drink that has recently overtaken the market. I recently had the luxury of downing a six pack all in the same day. It was the most productive day of my life.

C4 contains many helpful ingredients aimed towards improving performance. The energy provided from the 200mg of caffeine kept me on my feet and energetic. The Beta-Alanine, L-Citrulline, Betaine, and N-Acetyl-L-Tyrosine all provided me with many benefits such as increased cognitive function and improved muscular performance. The science-proven benefits of each of these ingredients can be found on their website, c4ernergy.com.

I used C4 primarily as a pre-workout before hitting the gym. This explosive drink pushed me to achieve a new max bench press, and an overall great workout. I felt focused and powerful. There were no side effects.

Additionally, C4 can be used for much more than just pre-workout. Many people at my work drink it to stay focused and productive. I have even seen people use it as a replacement for the everyday coffee. The 200mg of caffeine is plenty to get a high amount of energy without any cardiovascular risks.

As far as taste, C4 reigns supreme. I have tried Sour Batch Bros and Tropical Blast. Both flavors tasted like they were crafted by an angelic bartender. Each sip was a new sensation of bliss, to the point where I started drinking them just for the taste, rather than the actual energy.

C4 can be purchased for $1 per can directly from their website, which is very cheap for energy drinks, and cheap for caffeine in general.C4 can also be found at most stores, gyms, and on Amazon. This all-around energy drink is the best to ever hit the market. I will continue to drink it and live a productive life off of the couch, and I highly recommend you to give it a try.