All The Updates Around Town 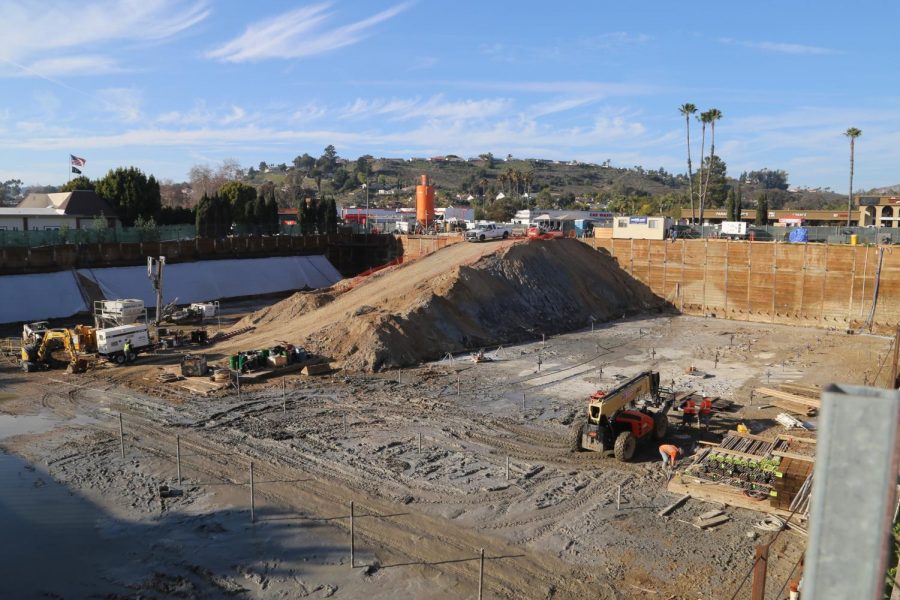 Going into the new year Poway will be having a lot of changes around town. From housing to new recreational areas and changes to areas like the community center.

Villa de Vida, off of Oak Knoll Road, is an affordable housing project that will have 54 apartments for adults with disabilities to live independently with plenty of amenities and services on site. Fundraising continues to finish the development, but construction is moving along strong.

“It’s a good thing because it will help them with their disabilities and freedom to live away from their parents,” Senior Eliil Rames said.

The Poway Fun Bowl is expected to be sold soon. “It is still in negotiations on when it will be sold,” this was said at a Poway city council meeting. The neighboring lot has submitted high-density apartments in three-story buildings with two retail units and limited parking.

“That is sad, I had a lot of childhood memories there,” sophomore Garrett Wilcox said.

The land for Poway Commons is on Tarascan Drive and Poway Road near the library and Taco Bell. “That’s where contractors for Meridian Development will begin knocking down 10 vacant buildings,” said Steve Dreyer a reporter for the Poway Chieftain. All 6 lots between the Community Park and Taco Bell were exclusively negotiated with a top political donor for 94 market-rate townhomes and condos in three-story buildings 44 units of affordable senior housing and again, limited parking. Once homes are sold, Sudberry-Meridian will move forward on the retail side which we have two years to suggest stores and restaurants that we want.

At a $9.8 million price tag our Community center, publicly owned, is going to be completely brand new but with less square footage. The city will be tear down the existing auditorium, senior center, and the small city office building. It will become two large meeting rooms, six classrooms and offices. It will be finished in May 2021.

The Outpost, on Poway Road near Five Guys, will have a two-story underground parking structure giving the property long unexpected construction delays and large costs to constantly pump water, will be worth the wait for what’s above. Three stories of downtown living with housing and retail including work-live lofts, one and two-bedroom apartments with a 3 Local Brothers owned rooftop restaurant, patio coffee shop, a gourmet food court, and a Crunch gym.

“That development is more than a year behind schedule,” said Steve Dreyer.

The Farms of Poway, that is a development that was previously known as Stone Ridge golf course will be voted on by the residents in November 2020. The well throughout development will have 160 homes, organic farms with a farmers market, athletics club, pickleball, tennis, two pools, amphitheater, 3.5-mile trail, social cafe, and a unique butterfly habitat all open to the public. In addition to the community benefits it could bring in $500,000 annually in property tax.

All of these changes are in the works and will change the way Poway will be in the future.