The Poway High roller hockey squad is off to a fast start, winning their first two games and outscoring both Cathedral Catholic (15-1) and Escondido Charter (3-2).

The Titans steamrolled Cathedral Catholic in the season opener on Dec. 2 at Kit Carson Park with a commanding (15-1) victory.

In the past, the club has struggled with depth, but this season is different.

“This is the deepest team we have had in several years,” head coach David Adamiec said, “We had an amazing showing at tryouts and had to make really tough cuts.”

Last season, the team was led by senior Carter Schrader as they made it to the second round of CIF playoffs. “We had the talent on the team but we did not have enough players and a deep enough bench,” Adamiec said.

This year, they will have a very broad bench as they carry a number of key returning players, as well as freshmen Jackson Brooks and Richard Obert, and one of the best goaltenders in the league, junior Wyatt Crudale.

They are looking to make it past the second round of the CIF playoffs, where they were eliminated in each of the past two seasons. The team will “have to cut down on the little mistakes and just get more comfortable with how we all play together,” junior Tanner Castle said.

Played on a dry surface instead of ice, roller hockey makes the sport of hockey available for those who cannot skate on ice.

“My favorite part of roller hockey is the teamwork and comradery because nothing beats teammates congratulating each other and smiling after a nice play,” Little said.

Continuing the achievements and accomplishments of recent years are the team’s goals.

“It will be tough, we play in a very strong division,” Adamiec said. “But I am confident that if we continue to play smart, disciplined hockey as a team, good results will follow.” 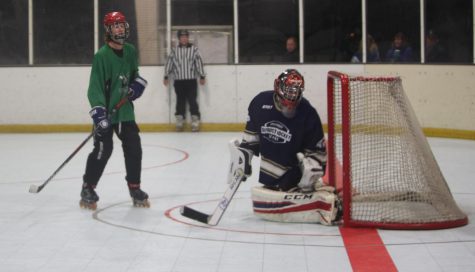